Mid century modern style is arguably one of the most influential design movements of the 20th century. It profoundly shaped not only furniture design, but also architecture, art and interior design. Amongst many other things, MCM style has also been credited for defining the modern chair and anticipating some of the fundamental characteristics that mark this type of furniture today too. But, how can we define mid century modern chair? What makes it special and distinct from the similar seating solutions from the previous eras?

This question becomes even more complex once we take into account that designs that are widely considered to be the classics of the mid century chair design often come in very different shapes and forms, which makes finding their common denominator that more complex. 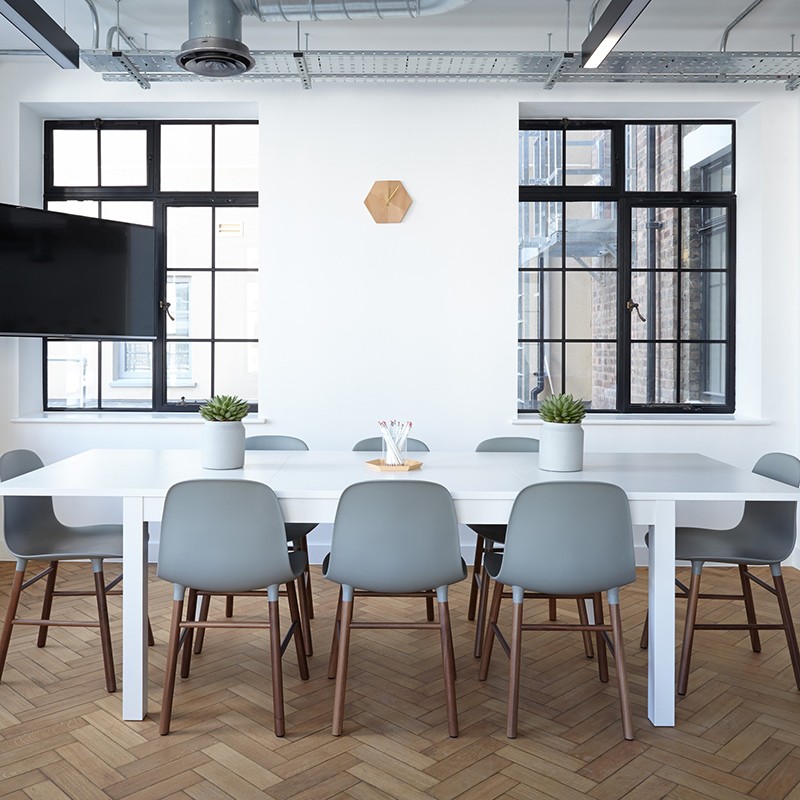 Stylistic versatility in service of functionality

The adoption of form-follows-function was perhaps the greatest influence of Bauhaus movement on the mid century style. This core design philosophy is given form in a variety of different designs that were created with different practical purposes in mind. One might ask – how many functions can a chair have – but here we are talking about subtle and thoughtful approach that is characteristic for mid century modern style. The variations between a dining chair and a lounge chair, as well as between a chair intended to be used next to a coffee table and that that comes with a matching ottoman became that much more pronounced because of a kind of perfectionism and optimism of mid century designers who always aimed to create a perfect design for the new century. This focus on form-follows-function principle is responsible for the prominent variety of mid century chairs, but at the same time, it is one of the characteristics which help us define it.

Regardless of the differences in materials used in their productions, all mid century modern chairs share the same clear and simple lines. Some of these iconic models are well known for their smooth and organic curves, while others utilise straight lines and precise angles – but behind both of those, there is the same stylistic appeal rooted in the fact that the designers carefully thought out each and every line of the design. In mid century style, the excess ornamentation of the previous eras was replaced by the pronounced simplicity of the designs. And as a consequence, the lines and shapes themselves became the primary stylistic elements which were subsequently perfected to the point where just a couple of lines could make up a true masterpiece of furniture design. 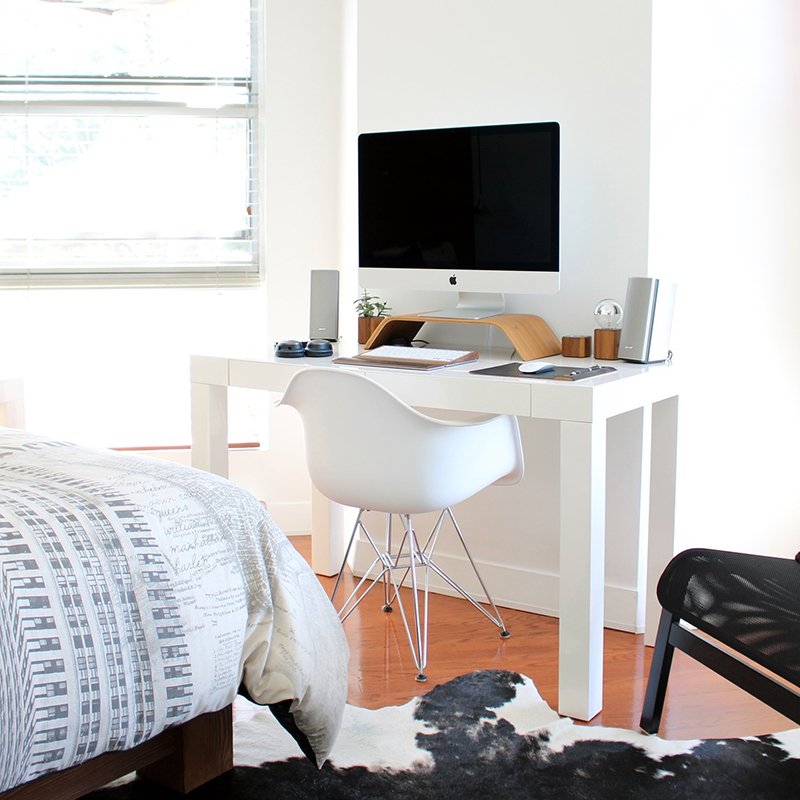 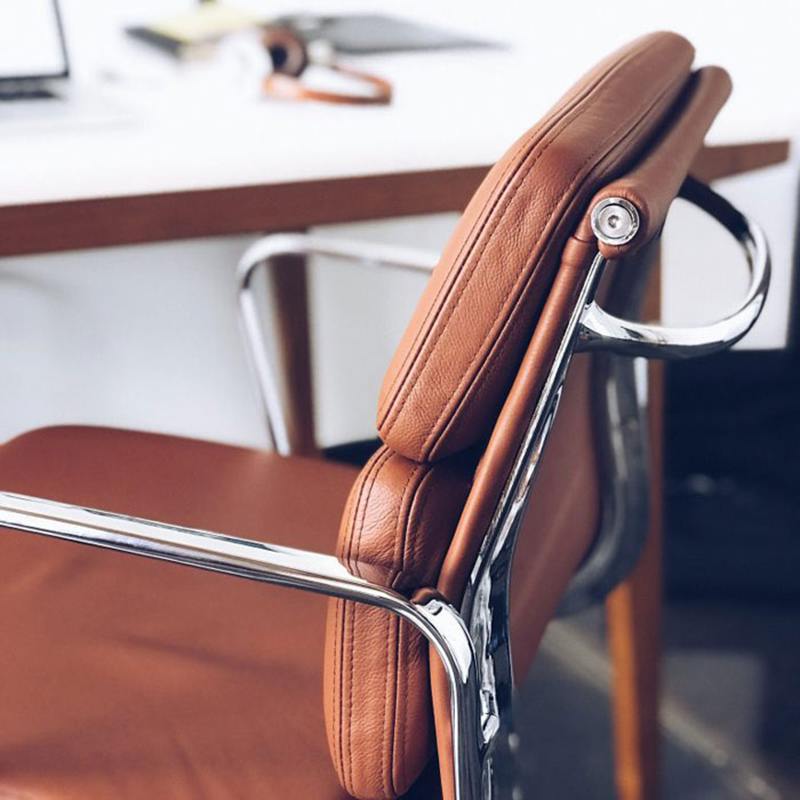 While many classic mid century modern chairs feature smooth and organic forms, others prefer straight lines, but rely on precisely calculated angles, so that all ergonomic concerns are properly addressed. This is especially common in lounge chairs which utilise a shallow angle of the backrest in relation to the seat, allowing the user to sit back and relax. Similarly to this, dining chairs from the mid century era instead focus on ensuring upright position, but include various curved elements which ensure comfort and organic appeal.

One of the dominant characteristics of mid century décor is its avoidance of cluttered look and appreciation of open spaces and minimalist aesthetic that stems from the careful arrangement of décor elements so that they don’t close up the space. Because of this, almost all of mid century modern chairs come with a very small visual footprint. In some models, achieving this required some clever design choices, like in the example of lounge chairs which tend to be relatively large compared to other models, so they have to include carefully thought out bases with tapered legs or a simple main support that can allow the light to flow underneath the design. Dining chairs, on the other hand, are usually much narrower and they can easily use negative space to maintain the feeling of airiness and lightness. 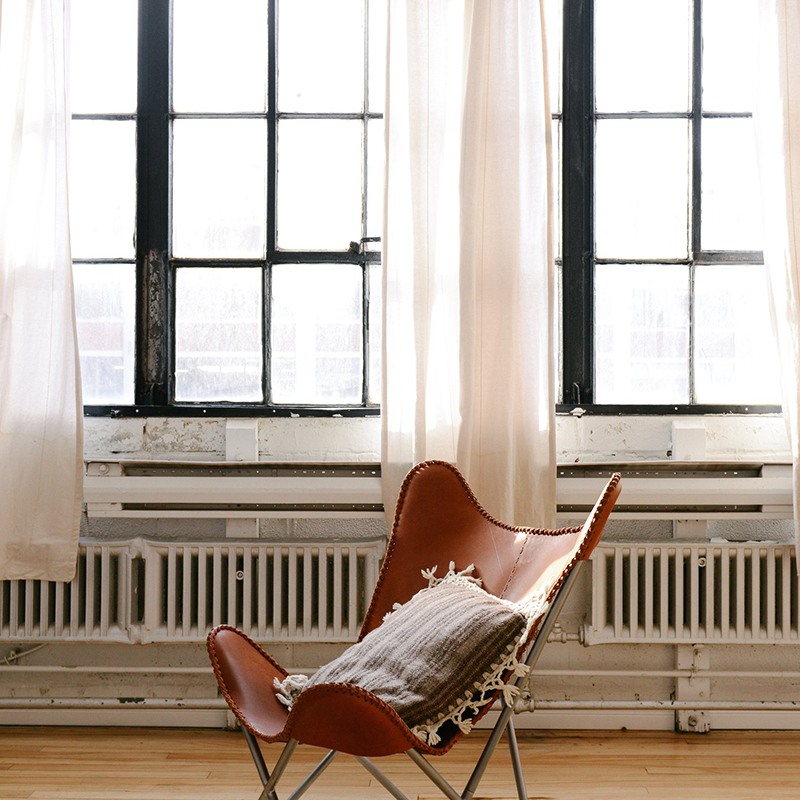 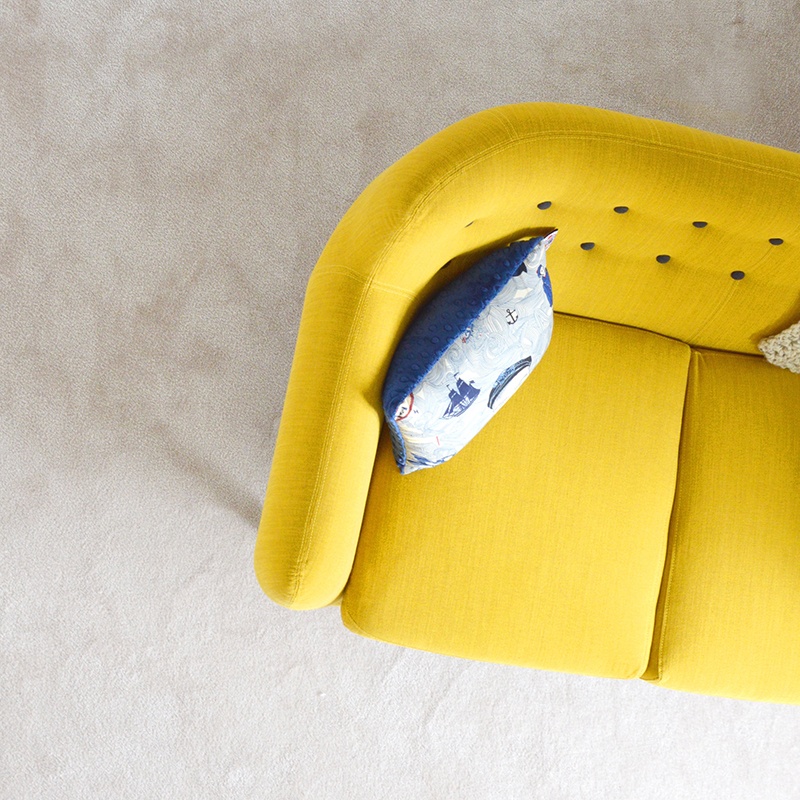 Almost all mid century modern chairs come with a unique vintage streamlined appeal that is easily recognisable. This stylistic touch allows them to flawlessly fit in in mid century modern décor which heavily relies on the airy, open and light expression. Tapered legs are very common in MCM style, while some type of legs is almost always present in order to allow the light to flow underneath the chair, thus preventing the sensation of clutter – this is especially noticeable with armchairs which conventionally have a rather large visual footprint.

While not all mid century modern chair designs use wood as their main material, a vast majority relies on it at least as an accent material. For example, there are several fully upholstered mid century modern chairs which display wooden elements either on the armrests or the legs. Some, like the famous Eames lounge chair, place their upholstered cushions into moulded plywood base, while others combine wooden legs with upholstered or even plastic seats. 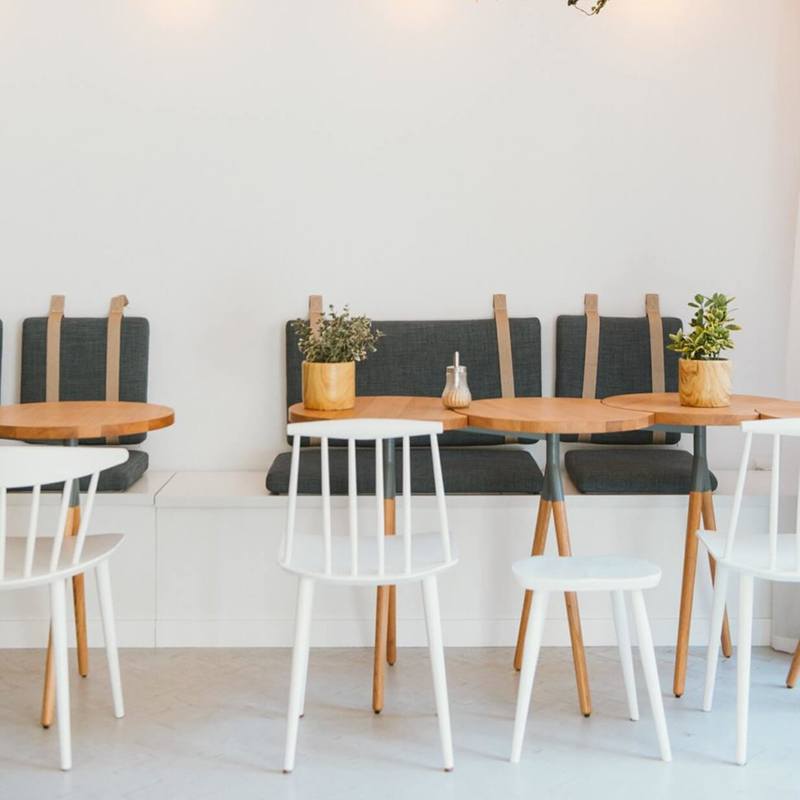 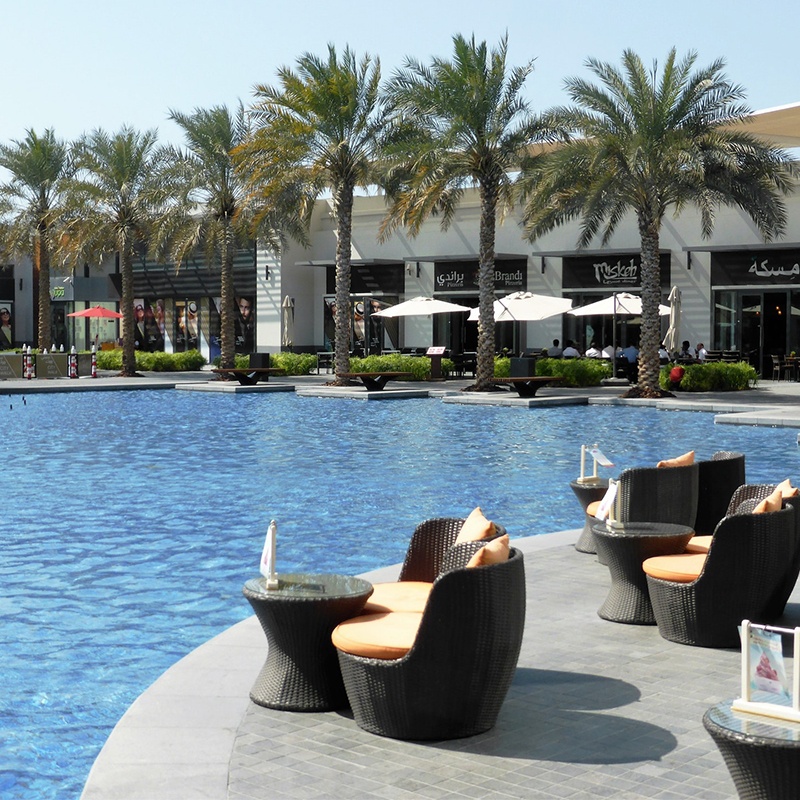 Despite being much more commonly associated with interior design, many mid century chairs have been designed specifically for outdoor use. From opened and lightweight models ideal for placement around your pool to the classic weather-resistant models intended for the decoration of a patio, they embody all the same qualities of their interior counterparts, while at the same time including specific additions which make them suitable for use in the exterior. Resistance to water and elements is arguably the most important twist in this case, while others can include openness of the design to reduce heat, light weight for easier movement or being stackable.

A mid century modern chair is an elegant and vintage masterpiece that relies on streamlined form rich in simple elegance for its unique aesthetic appeal. Commonly with tapered legs and wood as a prominent material in the form of an accent if not the dominant material, they perfectly fuse comfort, functionality and style with their unimposing yet impactful form. As such, they are a perfect solution for a modern home, as their aesthetic appeal and stylistic value will never collide with much needed comfort and functionality. 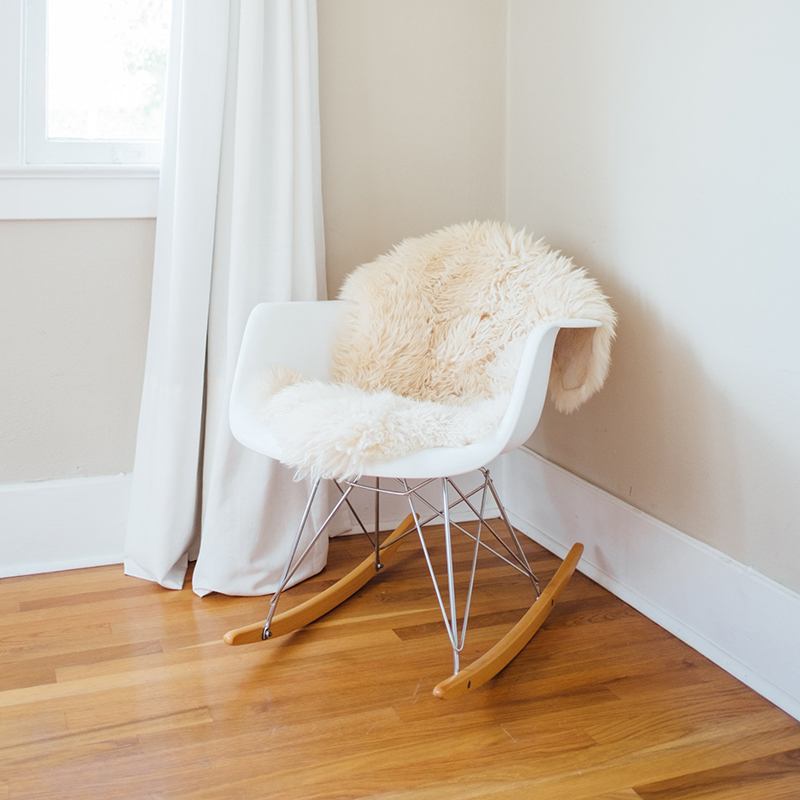 Become our exclusive member for FREE

Text ‘BYKALLEVIG’ to 66777 for FREE and become a VIP member, which gives you an exclusive early access to shop before everyone else and receive giveaways and special offers.

We use cookies on our website for advertising, including serving and rendering ads, ads personalisation (depending on your ad settings), limiting the number of times an ad is shown to a user, muting ads you have chosen to stop seeing, and measuring the effectiveness of ads. To find more information about how Google uses your personalized data visit Google’s Privacy & Terms site.
By clicking “Accept All”, you consent to the use of all the cookies. However, you may visit "Cookie Settings" to provide a controlled consent.
Cookie SettingsAccept All
Manage consent

This website uses cookies to improve your experience while you navigate through the website. Out of these, the cookies that are categorized as necessary are stored on your browser as they are essential for the working of basic functionalities of the website. We also use third-party cookies that help us analyze and understand how you use this website. These cookies will be stored in your browser only with your consent. You also have the option to opt-out of these cookies. But opting out of some of these cookies may affect your browsing experience.
Necessary Always Enabled
Necessary cookies are absolutely essential for the website to function properly. These cookies ensure basic functionalities and security features of the website, anonymously.
Functional
Functional cookies help to perform certain functionalities like sharing the content of the website on social media platforms, collect feedbacks, and other third-party features.
Performance
Performance cookies are used to understand and analyze the key performance indexes of the website which helps in delivering a better user experience for the visitors.
Analytics
Analytical cookies are used to understand how visitors interact with the website. These cookies help provide information on metrics the number of visitors, bounce rate, traffic source, etc.
Advertisement
Advertisement cookies are used to provide visitors with relevant ads and marketing campaigns. These cookies track visitors across websites and collect information to provide customized ads.
Others
Other uncategorized cookies are those that are being analyzed and have not been classified into a category as yet.
SAVE & ACCEPT